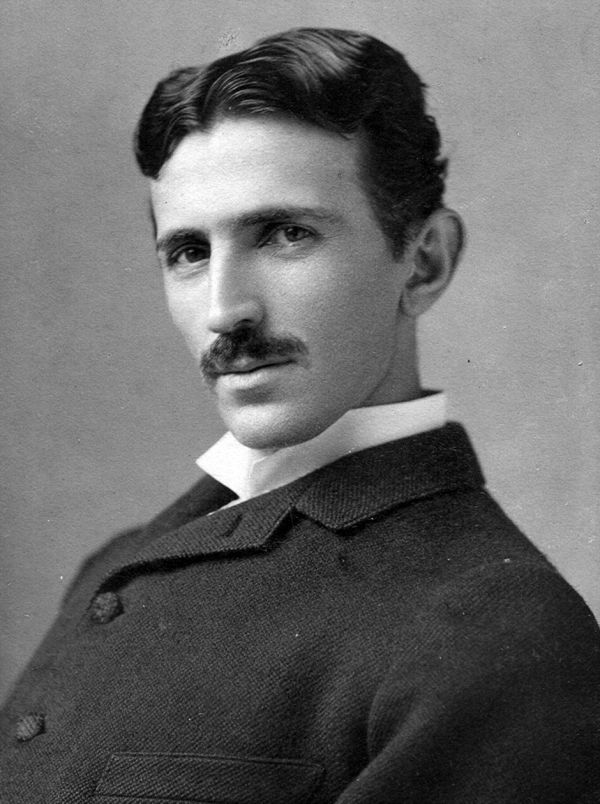 Inventor, electrical engineer and phisicist Nikola Tesla was born at midnight between the 9th and 10th of July 1856 in the village of Smiljan near Gospić. He comes from an Orthodox family. His father Milutin was an Orthodox priest, his mother Georgina (Đuka) also comes from a family of Orthodox priests. He had four siblings: three sisters Angelina, Milka, Marica and a brother named Dane.

Tesla started school in Smiljan where he finished what was known as Krajiška trivijalka, he learned German, mathematics and religion. After moving to Gospić he carried forward with elementary school finishing Pripremnu osnovnu školu and Lower real gymnasium. From Gospić he left for Rakovac located near Karlovac and finished Higher real gymnasium. While in Graz he attended the Polytechnic university with a scholarship from the Military frontier but lost his scholarship after the Military frontier fell apart and never finished his second year at university. He started playing cards and gambling to try and make up for the financial loss however doesn't manage and decides to leave university before entering his third year. For a short while he worked in Maribor and after the death of his father in 1879 he moved back to Gospić where he worked in the Real gymnasium of Gospić. In 1880 he tried to enroll in university in the city of Prague yet isn't accepted and a year later he begins working in Budapest constructing the first telephone network.

Altho I must trace to my mother's influence whatever inventiveness I posses, the training my father gave me must have been helpful. It comprised all sorts of exercises – as, guessing one another's thoughts, discovering the defects of some form of expression, repeating long sentences or performing mental calculations. These daily lessons were intended to stregnthen memory and reason and especially to develop the critical sense, and were undoubtedly very beneficial. My mother descended from one of the oldest families in the country and a line of inventors. Both her father and grandfather originated numerous implements for household, agricultural and other uses. She was truly a great woman, of rare skill, courage and fortitude, who had braved the storms of life and past thru many a trying experience... My mother was an inventor of the first order and would I believe, have achieved great things has she not been so remote from modern life and its multifold of opportunities. She invented and constructe all kinds of tools and devices and wove the finest designs from thread which was spun by her. She even planted the seeds, raised the plants and seperated the fibers herself. She worked indefatigably, from break of day till late at night, and most of the wearing apparel and furnishings of the home was the product of her hands. When she was past sixty, her fingers were still nimble enough to tie three knots in an eyelash.

While living in Paris Nikola Tesla began working for Edison's company (Continental Edison Company) and during his stay in Strasbourg in 1883 he constructs his first model of the induction motor. Upon return to Paris he is referred to Thomas Edison by Charles Batchellor. Nikola Tesla left for New York in 1884 and begins to work for Thomas Edison in America. After his disagreement with Edison in 1885 he decides to start his own company called the Tesla Electric and Manufacturing Company. A year later his company goes bankrupt and Tesla is forced to finance himself doing hard manual labour. In 1887 he starts a new company called the Tesla Electric Company and registers his patents: the multiphase motor system of transmitting electrical energy, the induction motor, generators and transformers. A year later, in 1888 a partnership between Nikola Tesla and George Westinghouse begins and he sells his alternating current patents for a million dollars (though according to some sources he only received 60,000 dollars).

Tesla returns to Europe and visits his homeland of Lika for the first time after he had left for America. In 1890 he begins researching high frequency currents and a year later he constructs the Tesla coil (tranformer). His second visit to Europe was in 1892 and after his mothers funeral he visits the cities of: London, Paris, Zagreb, Budapest and Belgrad. In 1893 the world exposition of electrical engineering was held in Chicago and Tesla had the chance to show off all of the advantages of alternating current. A fire in 1895 destroyed his laboratory and Tesla never had the chance to publish his work with electrons and x-rays.

The door opens and out steps a tall figure – over six feet high – gaunt but erect. It approaches slowly, stately. You become conscious at once that you are face to face with a personality of a high order. A winning smile from piercing light blue gray eyes, set in extraordinary deep sockets. Fascinates you and makes you feel at once at home. You are guided into an office immaculate in its orderliness. Not a speck of dust is to be seen. No papers litter the desk , everything just so. Dressed in a dark frock coat, he is entirely devoid of all jewlery. No ring, stickpin, or even watch chain can be seen. Tesla speaks – a very high almost falsetto voice. He speaks quickly and very convincingly. It is the man's voice chiefly which fascinates you. As he speaks you find it difficult to take your eyes off his own. Only when he speaks to others do you have a chance to study his head, predominant of whcih is a very high forehead with a bulge between the eyes – the never failing sign of an exceptional intelligence. Then the long, well-shaped nose, proclaiming the scientist. Hugo Gernsback

In 1896 the first hydroelectric plant is commissioned at the foot of Niagara Falls and used Tesla's patents of alternating current. He first demonstrates the remote control in 1898 and continues his research with high frequency and high voltage currents. In 1899 Nikola Tesla decides to move his laboratory to Colorado Springs where he works for a year. After his time in Colorado Springs he moves to Long Island and  starts construcing his system of wireless transmition of electricity but never had the chance to finish his research because J.P. Morgan refused to continue to finance him. In 1907 he presents the bladeless turbine and continues on with his inventions in engineering from 1910 to 1922.

In 1919 Tesla's autobigraphy „My inventions“ was first published. He registers his patents in a multitude of areas, for example, the patent for vaccumizing, an vertical lift off aircraft and works on improving the process of producing sulfur, iron and copper. 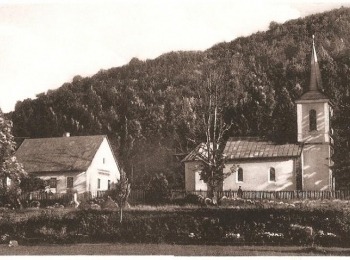 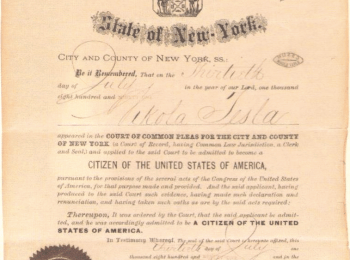 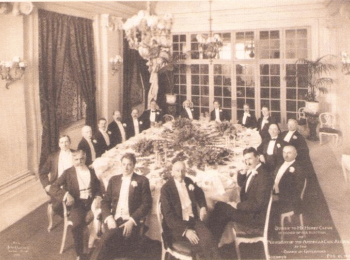 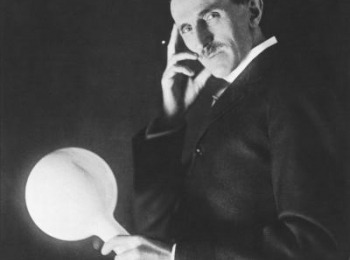 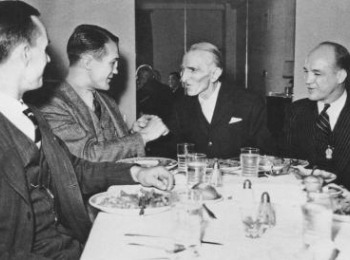